Slow Gherkin was formed in 1993 and released their first album, Double Happiness, which was distributed by Asian Man Records, on July 29, 1996. They released their second album, Shed Some Skin, in 1998. In 2002, the band released Run Screaming, their final album. The band played a farewell show on August 17 of the same year, but played a sold-out reunion concert at Santa Cruz’s Rio Theater on June 18, 2011. In 2016, the band reunited to play at the Asian Man Records 20 year anniversary show and released two new songs. In 2018, the band played a few shows in California as well. 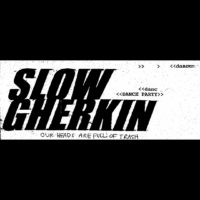 Another In Your Life

Preacher Boy is a pioneering Modern Blues and Americana artist who arrived on the scene with a career-making performance at The San Francisco Blues Festival in 1995—the San Francisco Examiner wrote that, “Those who arrived late may have missed what could well have been the top act on the entire bill next to John Lee Hooker himself.”

More than two decades later, Preacher Boy continues to deliver his raw, powerful brand of the blues. Of his most recent full-length release, 2018’s The Rumble Strip (Coast Road Records), Rev. Keith A. Gordon wrote that, “Simply put, Preacher Boy’s performances on The Rumble Strip leave nothing but scorched earth in their wake.”

When Preacher Boy released The National Blues album, he was considered to be one of the first modern artists to be classified as “Alternative Blues.” No overdubs, no edits. One voice, one National, one drum kit. Original Disruptive Country Blues. 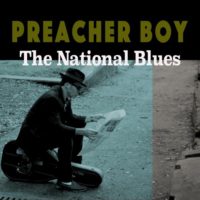